How to be a Good Boss, to Your Virtual Assistant, Remote Team Member, or Anyone

What does it mean to be a “good boss”? Whether it's your first time managing and delegating to someone, or your 100th time, you can get more ROI, and have a better relationship with the person you're working with by following a few simple practices that we'll highlight in this article. 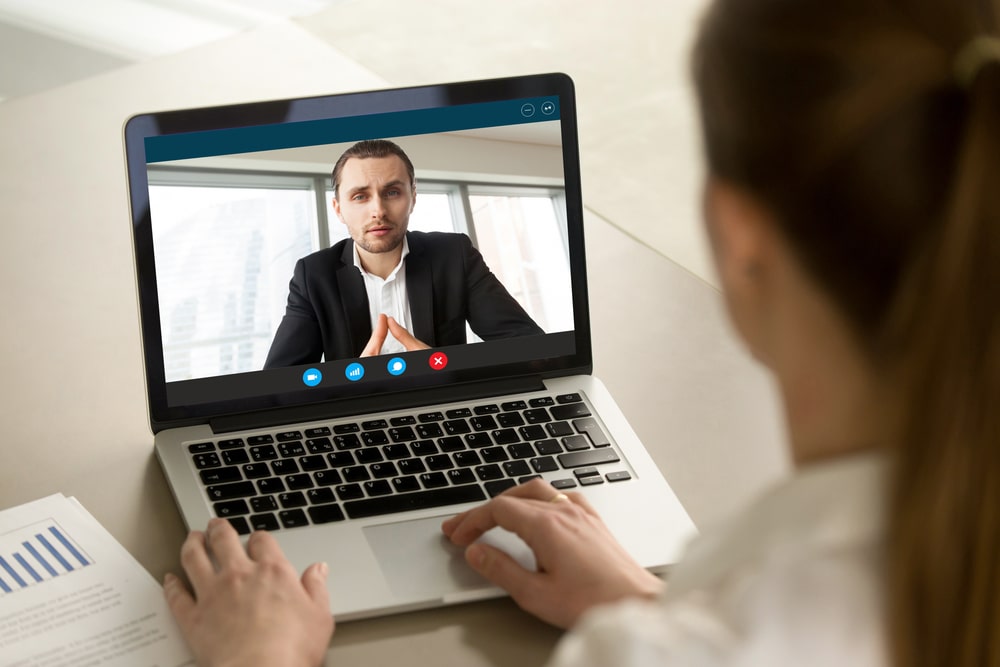 What does it mean to be a “good boss”? Whether it's your first time managing and delegating to someone, or your 100th time, you can get more ROI, and have a better relationship with the person you're working with by following a few simple practices that we'll highlight in this article. There's plenty of bad bosses out there, we're going to focus on how to make you a good, or great boss!

You don’t want to end up like Michael Scott of “The Office” fame—the type of boss who buys his own “World’s Greatest Boss” mug without regard for how the people on his team feel.

We all like to think we deserve that mug. We like to think that once we have someone working for us, we’ll be the great boss we never had. But the statistics suggest otherwise:

If most people are not good bosses, then it only makes sense that you might have to put a little bit of effort into being the best boss to your virtual assistant you can be. Let’s look at some of the traits most good bosses, and great leaders, share—and how to incorporate these traits into your own virtual assistant hiring strategies:

The Qualities of a Good Boss

No two people are exactly alike, so it’s probably fair to say that most good bosses have more differences than similarities. But you might find that when you research what it means to be a good boss, there are plenty of themes that keep recurring:

1. The ability to listen.

Did you know that 88% of employees value the ability to listen to a boss?

We almost wonder who those other 12% are.

Listening is a nearly universal desirable trait in all of human communication. None of us like to think that when we talk to someone—least of all, our boss—that they’re just waiting for their turn to speak. We don’t like our emails to go unanswered or ignored.

Your virtual assistant will be the same way. Yes, they’ll be in the position of deferring to your judgment about what to do next. But if you hire a virtual assistant because of their specific skills—say, their ability to manage your calendar—then it only helps to listen when they have a suggestion for optimizing it.

This isn’t just something you’ll want to apply on the phone, either. Try to listen to your virtual assistant on the phone, on the webcam, in email, in Slack boards, and more. If you’re willing to listen, you’re a humble enough boss that you’ll make your virtual assistants feel valued. The result: they’ll engage more with what you want to do because they’ll feel invested in the process.

What is the ideal ratio of positive feedback to negative criticism in the workplace? Some exhaustive research looked at this exact problem, and the answer might not surprise you: the “Drill sergeant” approach doesn’t work in a place of business.

Instead, researchers found that business teams that tend to use a five-to-one ratio of positive feedback to negative feedback tend to be the highest-performing teams. It’s not a close race, either. Positive feedback works. Here’s how to utilize it with your own VA:

Ever notice that some of the best bosses seem to come from the ranks themselves? If you’ve ever been a virtual assistant yourself, you might have a clear idea of what a virtual assistant needs. But if you’ve never been one, you can still adapt your leadership style by putting yourself in their shoes.

Think about what a virtual assistant needs. Positive feedback—the point above—is one. But other aspects, like clear and thorough communication, will prove invaluable when you think from the perspective of a VA. As ReadersDigest notes, that includes “competent job instruction, combined with providing your workers independence in doing their job.”

Other suggestions in this area:

A famous general once said that orders shouldn’t just be easy to understand; they should be impossible to misunderstand. And there’s a difference.

We don’t recommend that you treat your virtual assistant like a general ordering around troops. But when it comes to the necessity of clear communication, we can learn a lesson from the military: crystal-clear communication is the goal.

One way to ensure that your communication is clear is to work with domestic VAs. Virtual assistants who wake up in the same time zones will be able to take a morning to-do list and treat it as a morning to-do list. They’ll also have a far better grasp of what you want.

To enhance clarity, however, you also have to optimize your ability to communicate. Here are some tips for writing clearer emails:

How do you get a virtual assistant to feel invested in something they’re doing? How do you make sure that they’re not just “checking the boxes,” but instead feel as though their skills are being put to good use?

But there was one problem with the arrangement: the assembly line was boring. Employees were no longer invested in the whole parts of their cars; they would simply repeat one action over and over again.

This is a recipe for productivity, but in the long-run, it can wear people down. That’s one reason Ford had to raise wages: he had to fight against the high turnover that resulted from this system.

Our point? No one likes to feel like a cog in the machine.

If you work with Delegated, for example, you can hire a virtual assistant who has specific skills that you need. For example, you might hire a social media VA to help with Instagram or Pinterest posts.

Is it a good idea to take someone with those kinds of skills and then “plant them on the assembly line”? No! You’d want to leverage their skills and experience by inviting them to provide feedback on your process.

You also want to incorporate a VA’s feedback because they might have ways of making themselves more useful. If they can make themselves more productive—for example, by offering ideas for tools they can use—you’ll get more out of your investment.

How to Be a Better Boss to Your Virtual Assistant

Knowing everything we’ve listed above, how should you approach your first virtual assistant hire? Let’s condense everything down into an easy-to-digest list.

The rule of thumb for any boss: think like an employee. In this case, think like a virtual assistant. Would you enjoy working for you? If so, why? If not, what can you do to improve your abilities as a leader? Bringing some self-awareness to how you manage team members can often times show that you're working to be a better leader for the business and the people working on it. If you're looking for ideas of what you can delegate, to focus more on your commitment to being the best boss - check out this article here.

Get Started with a Virtual Assistant

Save countless hours while your company grows and you free up more of your time to do what you do best.

Delegate to a virtual assistant today.
See How It Works » 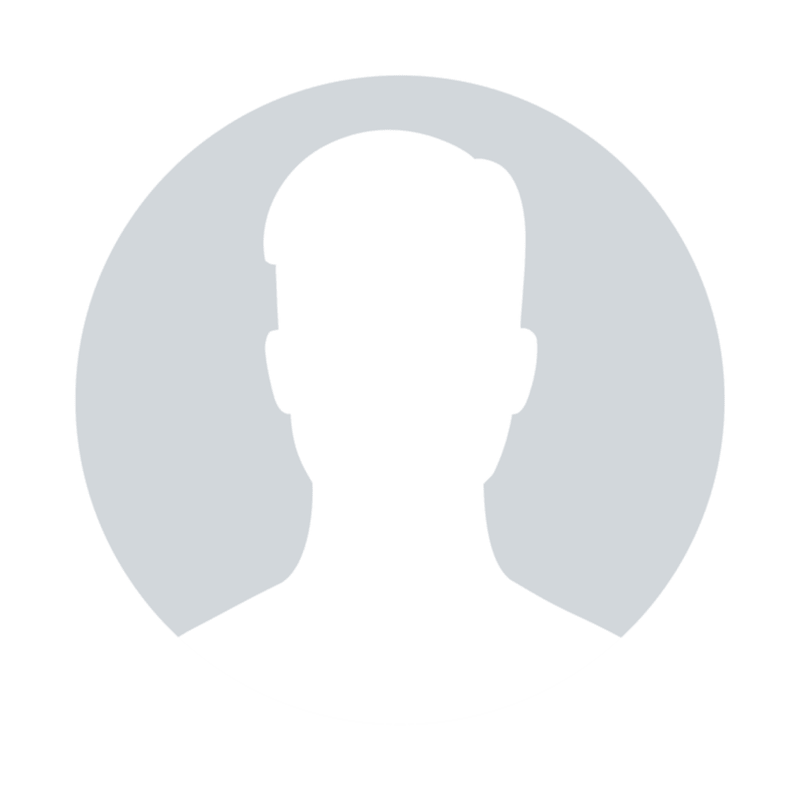 Delegated.com staff are here to offer you insights on productivity, time management skills, outsourcing efforts, and more, to enhance and inform your journey to getting more done and balancing your workload.

Start growing your business and reducing overhead with Delegated

We’ll ask you some questions to match you with one our virtual assistants as well as a backup assistant.

Our platform gives you the power to create a workflow that fits your lifestyle. You choose how to track time, communicate, and share files with your assistant.

You have access to your virtual assistant 8am-5pm your local time. Start delegating tasks and grow as you need.
Get Started »

Who will I be working with?

If you decide to hire a Delegated virtual assistant, you will be working with a professional, U.S. based assistant exclusively. That means you can create a long-term relationship with someone who is highly qualified, trained, and knowledgeable across all of your preferences.

Do I get a dedicated assistant?

Absolutely. At Delegated, we don't outsource overseas or share tasks. With over a decade in the industry, we've pioneered and perfected the one to one dedicated assistant model. You'll have the opportunity to interview your virtual assistant and switch as your needs change.

What tasks can you do?

What work can't you do?

There are primarily four things that we cannot provide our clients: anything requiring a professional license, running physical errands, providing artistic, design or creative work and finally any sort of impersonation, such as outbound sales calls.

Every plan we offer includes a certain amount of time that your virtual assistant will work on your account. Every 30 days, that time in hours, is replenished. Any unused time will roll over for 30 days. You can add time a la carte at any time. You can also upgrade at any time. Downgrades take place at the next renewal.

At Delegated we utilize state of the art 128 bit SSL encryption with proprietary technologies that are utilized by Fortune100 companies. Our staff is college educated, exclusively US based and endure a 9-point check resulting in a 2% hire rate. We  can send you an NDA and we are also happy to review an NDA you'd like to share with us.

What if I'm not satisfied?

We stand by our quality and we offer a 14 day money-back guarantee. Plus, if you're not pleased with the quality of any request response, we will return the time, simple. 100% guarantee across the board, no questions asked.

Unlike other virtual assistant companies, Delegated only uses full time W-2 Employees to provide you with support. We never outsource overseas, and we’re lucky to have really friendly and smart team members backed by proprietary software.

How can I track time?

Once you sign up, you'll have access to your Dashboard. You can view all time deductions, trends and generate reports. You can also submit tasks and build out numerous preferences. From a window to an aisle seat, or texting versus calls, customize your experience.

What else should I ask?

No two clients are the same, and we like that. Working with Delegated truly means a customized experience. We're open to adopting and learning new requirements that you may have, just let us know how we can help.
Do you have more questions?  Contact us.

Loved by top companies and entrepreneurs 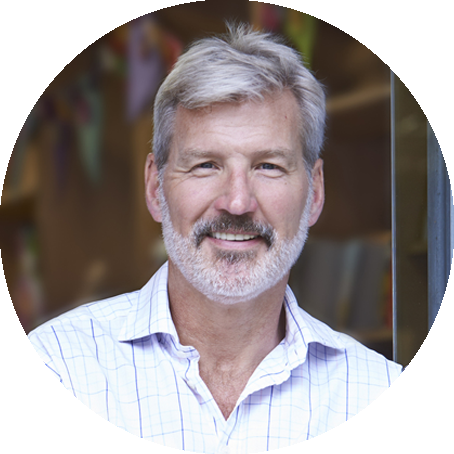 Gary March
“I started out thinking this was going to just be a quick research project, but the more I dug in with my DAM the more things I realized they could do. I have Delegated handling my calls, appointments, travel.”

Beats By Dre
"We actually updated our HR employee enrollment process to include Delegated as part of employee orientation. Every Beats by Dre employee received 1 hour of service to support their work life balance."

Hulu
"Delegated has helped us quickly to provide ongoing support for our growing team. They were incredible when it came time to move our HQ to a new location - providing reliable and consistent support."
See case studies here.